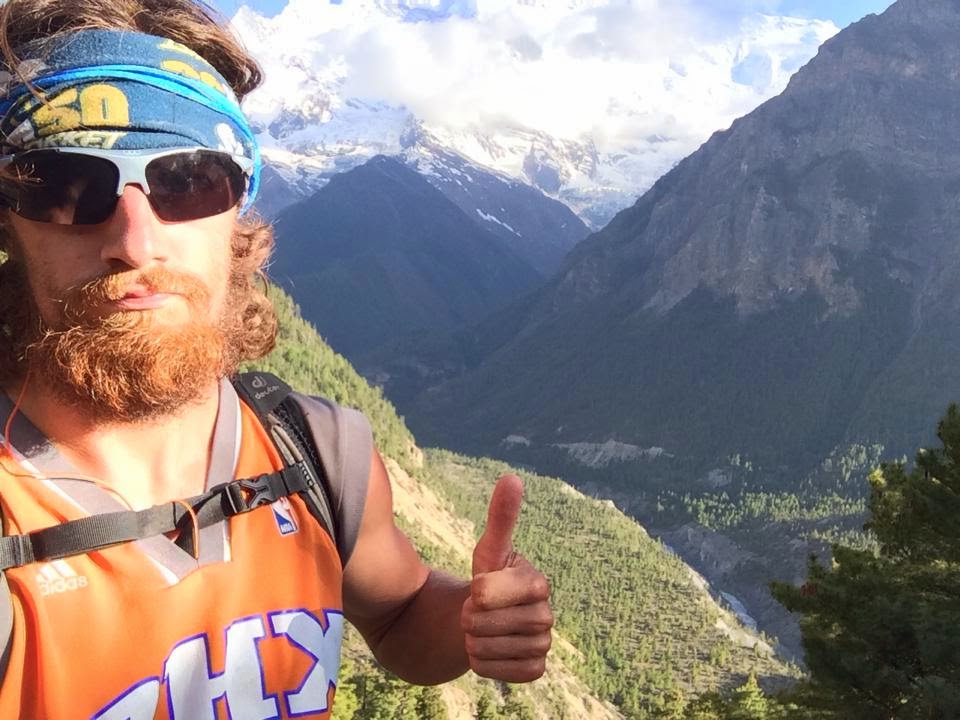 Chloé: How did you get into trail running? What was your first ultra? What was it like?

Graham: My first ultra was the Knee Knacker (KK) in 2010. At that time I was running shorter distances, and hadn’t considered anything longer until my mom mentioned she was entering the KK lottery that year. She’s a marathoner with over 25 finishes under her belt, and this was a bucket list thing for her.  I thought it would be cool to train together, and run our first ultra on the same day.

We both got in. I trained diligently, going to the group runs and keeping track of weekly mileage.
Race day started out great, I felt strong through the first big climb. Coming down the Hollyburn Chute, I opened it up with some silly looking American kid from Georgia. He called himself Run Bum. We hit it off right away and instead of stopping at the 25k point aid station to fuel up, I blew through it with him not wanting to lose the good conversation.
Needless to say, I bonked hard after the next climb (Nancy Green Way) and spent the last half of the race fighting dehydration, cramps, muscle soreness and overall pain. I stumbled across the finish line in 6h27 and was sufficiently ruined for the next several days.
I was hooked.
I gained an extra level of respect for the mountains that day, and Sean (Run Bum) is now one of my best friends.


Chloé: You practice yoga, is this your main athletic background? What else do you do?


Graham: I grew up on the soccer pitch starting with the Lions Gate program as a five-year-old, then joined the West Van Royals in 2005. Soccer has been the most consistent thread through my life. It’s great for maintaining base fitness and also holds me accountable since there’s a game every weekend -- and playing hung-over is awful.
As I got more into mountain running, I noticed advantages to being a soccer player, especially when navigating technical downhill. I love going hard on steep single-track, but to avoid falling on your face, it’s handy to know how to quickly process information from the terrain and translate this into movements.
I fell in love with yoga a few years ago. It improves your balance, flexibility and strengthens you mentally. It calms you spiritually. Even just learning how to breathe properly has been life changing. As with soccer, practicing yoga has been a phenomenal compliment to mountain running, particularly for injury prevention.
I now have my 200-hour yoga certification and teaching is definitely an option for the future.

Chloé: You seem like a wild mountain-man type. What’s your philosophy or approach to trail running?


Graham: My approach has changed a lot since I started testing longer distances. I used to show-up at the start line nervous, go out too fast, and take it personally any time somebody passed me. I was more competitive about it then, almost possessive. Like, I wanted to keep it all to myself: “Don’t tell anyone about Knee Knacker, you’ll inflate the lottery!” I was driven by the idea of getting faster, winning stuff, and seeing my name near the top of a list.
That side of the sport has lost part of its appeal for me. Mountain races are hard enough. When you dump a bunch of pressure on yourself to finish in a certain spot, it can take away some of the joy. Now I seek to also test the psychological aspects over just the physical.
I don’t follow a training plan, never time my runs, and have a habit of getting lost ... That’s when things get interesting. The most fun ultra for me was at last year’s Squamish50 (50k). Sean and I showed up ten minutes late, laughed like idiots the whole race and somehow still both squeezed in the top 10.
Your mind will tap out long before your body, so for me, goofing around is the best way to get through a really tough course.


Graham: I’ve always wanted to go to Nepal and explore the Himalayas. My plan was to directly make my way to Pokhara and head to the Annapurna Circuit, a 200+ km route which wraps around the mountain range. However within a few hours of getting into town, I hit my head hard on a doorframe and had to get stiches. So, I instead stayed the week acclimatizing in town before departing.
I left my hiking backpack at a friend’s (hotel room) and took a light 10L daypack with the intention of resting and fueling at tea houses along the way.
I had no idea how long the trip would take, but wanted to cover a lot of ground quickly. It ended-up as an eight-day journey that took me from Besi Sahar to Bahudanda, then to Bagarchap, up to Ngawal, through to Kangsar, up to Tilicho Lake and the Base Camp there, then over to Ledar, up to Thurong La Base Camp, and finally down to Muktinath with a bus to Jomsom and a bumpy eight-hour jeep ride back to Pokhara. Those are the places where I slept, otherwise I was moving from morning to dusk.
Altitude is a factor. Tilicho Lake is at 5,200m, and Thurong La pass caps out at 5,416m, so there are plenty of opportunities for AMS to take hold.  My accidental acclimatization on the first week worked in my favour. I had no major issues aside from general fatigue and ‘salad deprivation’. Not big on vegetables, the Nepalese.

Chloé: What advice for those interested in fast-packing/running the Annapurna Circuit?


Graham:  I totally winged it. Just wake up when you feel like it, run, keep going until it starts to get dark, find a place to sleep.
As long as you respect the altitude, it affects people differently, this is important.
I didn't pack any food. I ate breakfast and dinner at tea huts. In my bag was rain gear, life straw, emergency bivvy, one change of clothes and a bunch of 'local organic altitude medicine'. Distances ranged from 12-30k/day. I went on feel with a buffer of flexibility for awesome shit along the way. The best was when I took wrong turns -- the first led me up a 1,000m climb near Tilicho Lake Base Camp, where I got cliffed-out and had to bomb down a 1,000m scree slope in about five minutes. Another similar “high trail vs low trail” took me to the other side of a river, which led to 45 minutes of sketchy rock climbing down a landslide area, back to a barefoot river crossing. It’s ADVENTURE. Planning is one way to do it, but I err on the side of taking things as they come (I do carry a map though).
If you can, explore Tilicho Lake. It’s an offshoot after Manang, maybe a day or more detour but totally worth it. You start the climb in Manang at around 3,700m - it’s the highest lake in the world at 5,200m. Imagine walking through an incredible glacier bowl where the glaciers are at 8,000m towering above you. 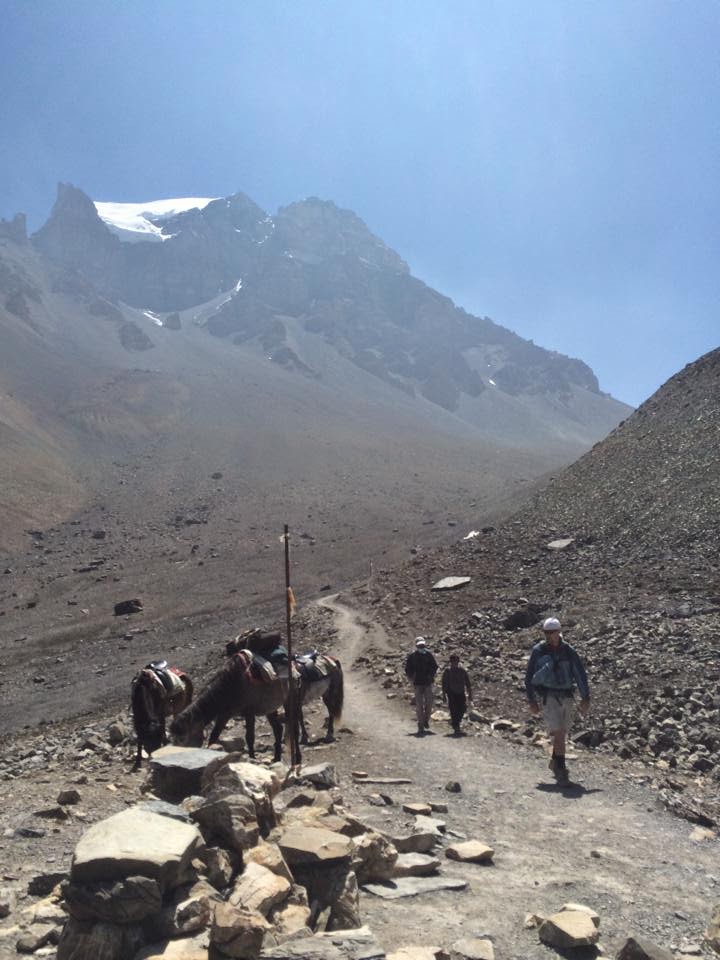 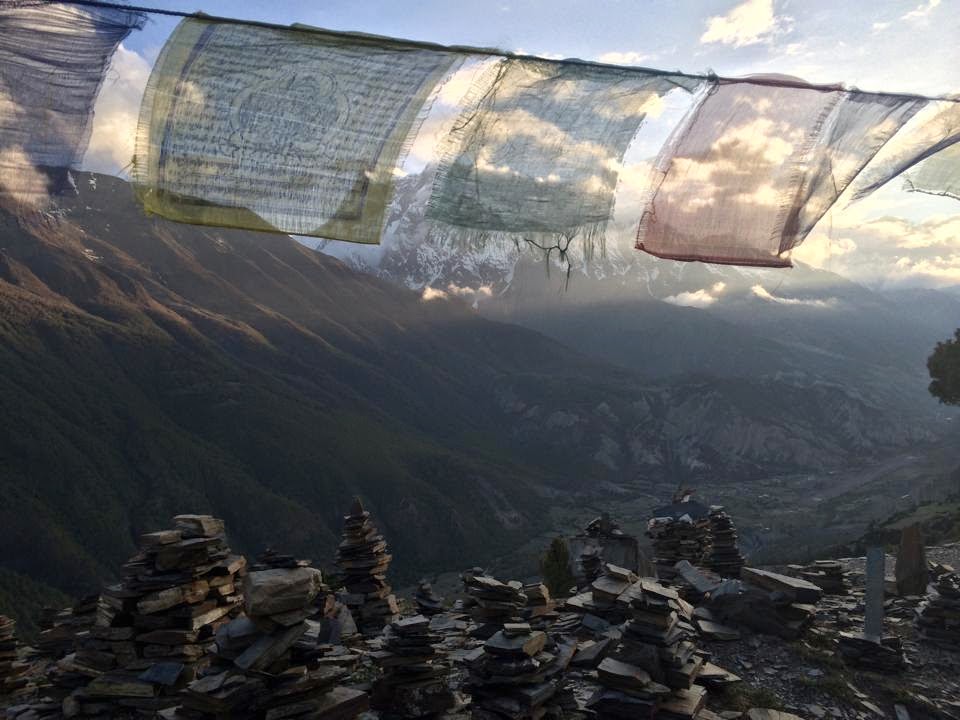 Chloé: What other self-supported adventure runs have you done?

Graham: I’ve hiked/run the West Coast Trail twice, in 3-2 days respectively. That coast has a powerful energy you can sense when walking beneath the old mossy firs.

The 64k Kepler Track in New Zealand is on my radar as an adventure run. A few years ago I was in Queenstown with Sean. I tried to get into the Kepler Challenge race but it was full. Instead, Sean convinced me to fast-pack the course during the event. I ran the race self-supported as a through-hiker, not taking aid and filling my water up in streams. I didn’t want to be a bandit racer, and made a point of not taking any runner resources, and just take photos. I did bonk from poor (insufficient) nutrition, but it was an awesome experience.

Most recently, I attempted to run the 180k Sunshine Coast trail with my friends Matt and Alexa (read story here). We had a fun, ridiculous few days involving snow, whiskey, organic cookies, and getting separated on the second night. We called it quits 135k in. Solid Type-2 Fun, as Matt would say.

Graham: I’m heading on a road trip with my Volvo wagon/camper, first to Crowsnest Pass in Alberta to race Sinister7 100 mile. Then, to Leadville Colorado for the Silver Rush50 featuring a 50-mile mountain bike race on the Saturday, followed by a 50-mile run on the Sunday.

I am NOT a mountain biker, but signed up to see how I will hold up. This is all prep for my big project of the summer: the Fat Dog Double Cross.

Fat Dog Ultra is a 120-mile foot race with 58,000ish ft elevation change in the mountains around Manning Park. I ran it last year. It kicked my ass in a million places, and I managed to cross the finish line in 38 hours. This year I’m starting at Lightning Lake two days prior to the race start. I’ll run to the start near Keremeos, do the race, cross the finish line, then run back up Red Mountain for a cool 400k and 120,000 ft + of elevation change.

This project freaks me out. It also keeps me focused. It’s the ultimate test of resilience and a chance to see how far I can push myself in some of the most beautiful single track in the world.