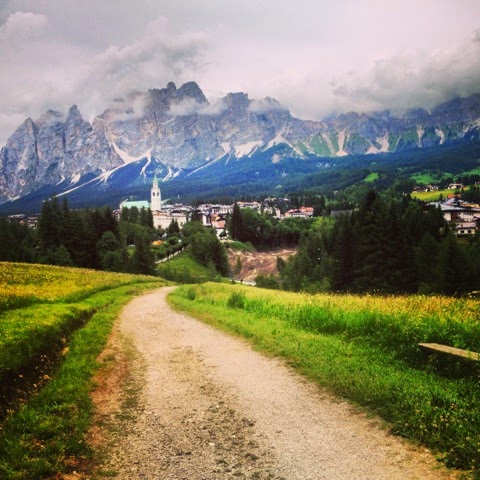 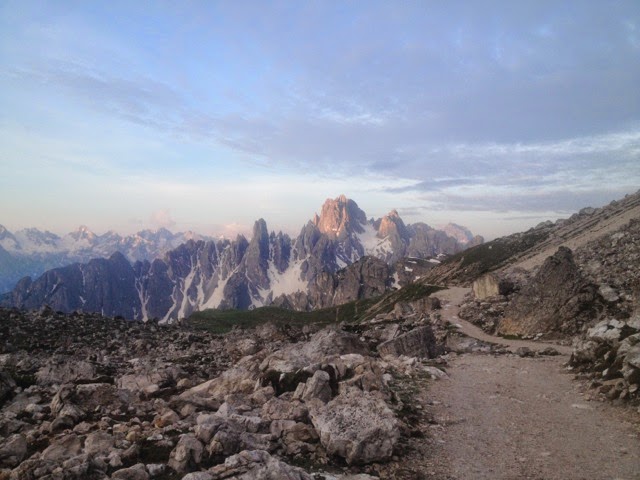 Chloé: How long have you been trail running and what do you consider as your best Ultra so far?
Adam: I have been trail running for four years now, but have been more seriously focused on running for the past two years. Last year I hired a coach, Joe Grant out of Colorado, and with his help have been realizing large gains in terms of performance and experience. My best ultra was last year in August, at FatDog (50 mile).  I paced well, felt great the whole race, and ended up winning, proving to myself that I was making progress as a runner.
Chloé: Why did you pick Lavaredo and have you done anything like this before?
Adam: I read about Lavaredo in an IrunFar article and it instantly captured my imagination.  The idea of racing through mountains in the Italian Dolomites was something I just had to do. I also love traveling, and was able to time this race with a couple weeks of traveling through Italy, France and eventually Serbia.
Chloé: Did you feel ready, how did you prepare for this?
Adam: Heading into the race, I felt like I was in the best shape of my life.  Joe and I had built a plan starting from February for peaking three to four weeks from the event.  I ran only one ultra, the Gorge Waterfalls (50 km) at the end of March, and mainly focused on quality long runs and big weeks. At that time, I was averaging about 120-140 km a week with about 4000-5000 m of climbing. I tapered from about two weeks out with reduced volume, but still the same amount of runs per week.
As far as strategy goes, I planned to run conservatively through the night and early morning until the Fifth aid station at 76 km and then push for the last 43 km to the finish with whatever I had left. The race organization also provided racers with a great map and I spent a decent amount of time working out predicted splits and food required in order to hit my optimistic goal of 16 hrs and realistic goal of 18 hrs. I also spent time strategizing gear as there was required kit, as well as food due to the fact that European aid stations are stocked very differently than North American aids. Kit wise I used my Salomon S-Lab 5L pack, Pearl Izumi N1’s, shorts/t-shirt, Buff, as well as a tights, a long sleeve t-shirt, and a North Face waterproof jacket. I decided to bring along Black Diamond Z-Ultra poles as I knew with over 5800 m of climbing that I would appreciate the poles in the later stages.
Chloé: So, how did it go?
Adam:  I arrived in Cortina d’Ampezzo four days before the race, and spent some time exploring the city and surrounding mountains, as well as eating plenty and sleeping as much as possible. The days before the race I worked on finding food that would work with my diet (vegetarian and dairy free), and was able to sleep well and eat well leading into the race.
Since the race started at 11pm, I spent the race day relaxing, trying to nap for a few hours at 2-4pm, and then eating dinner at 6pm so I could fully digest before the race start. The race started from the centre of town, and the energy was high.  There were 800 runners lined up down the street, as well as hundreds of fans lined along the streets. The start was pretty reserved for me. As we moved through town, I began to run slightly through the pack before climbing up the first big hill of about 600 m.
We flicked on our lamps (Black Diamond Polar Icon), and I focused on not exerting myself as we moved to the first aid at 18 km. Moving through the night I felt really good, my friend Colin had flown over from Canada and was able to drive and meet me at all of the aids, and we had a good system for refueling and topping-up on CliffShots, Macro Bars, bananas and potato chips.  As I moved through to the third aid station at 48 km, I was faced with a soul-sucking 1200 m climb over 15 km.  This occurred as dawn broke and it was quite cold, around 0 C as we crested 2500+ m at the Refugio Auronzo. The climb took a lot out of my legs, we had already put over 3100 m of climbing in the bag at this point, but after a bit of food, a water refill and some new music I was off.
The sun rose and it was truly one of the most beautiful scenes of my life.  The mountains glowed in every direction, you could see for miles, and with a new day breaking there was hope of good to come. Descending out of this pass was a 18 km Leg to the next aid, and here I began to feel the wooden “ultra legs” which was concerning, as I was only about halfway into the race. I also had a new fruit bar which immediately turned my stomach and began what would become an issue all day. 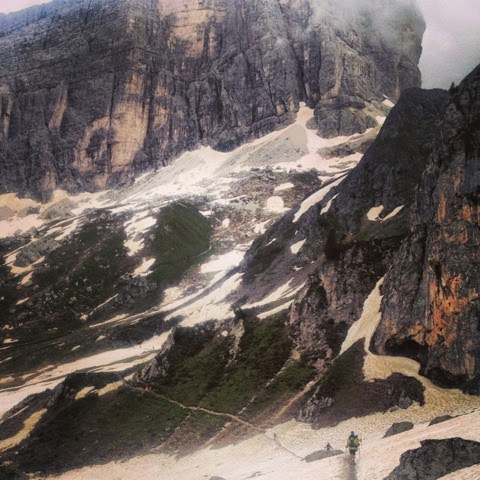 I switched to Coke at the next aid at 66 km which helped a lot and continued moving pretty well. At around 80 km, I started having a tough time getting any food down, and I started to bonk pretty well before forcing down some calories. At this point I knew it was going to be a tough day, but I was committed to finishing no matter what.  The final 40 km were tough as I had no power on the uphill’s. I actually began to think I was “allergic” to uphills. As soon as I started climbing I immediately felt sick, but felt decent on the flats and downs. It was unfortunate that I felt so terrible through this part of the race, because it was incredibly beautiful and a privilege to run through. The final descent was brutal, very muddy and slick. Then we hobbled our way into town where the streets were lined with loads of Italians and finishers alike.
After a long day, I finished 17 hrs and 45 min after I started, in 68th place. The event was won in 12h41 by Anton Krupika from the US, with Mike Foote finishing second 15 min behind and a runner from Lithuania 4 minutes behind him.  The ladies race was won in 14h30 by Rory Bosio of the States, with Fernanda Maciel (14h45) and Katia Foria (16h00) finishing 2nd and 3rd.
Overall I thought that the race was really well run with one exception. There was a sister race of 45 km starting at 8 am the next day, and the 800 runners from this race ran on the same course as the 120 km runners. From 80 km onward, we had to run through the shorter distance runners making it difficult at times to navigate the course, especially with all of that distance and elevation in our legs. 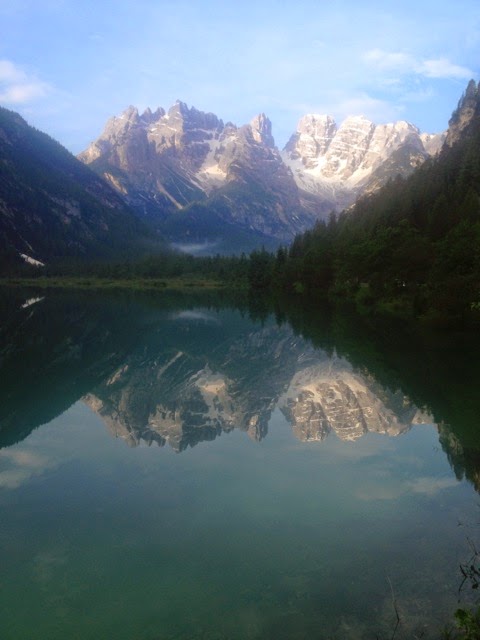 Chloé: What tips do you have for others who are considering a similar European race?
Adam: I would advise arriving several days before the race to help reduce jetlag, and to keep in mind that your body will adapt to the food, water, etc.  Also good to know what food you are going to eat during the race because the aids in Europe are usually stocked with cheese, salami, Nutella, bread and pastries. Another thing to be aware of is the pace that the racers start at.  No matter the distance, it seems the Europeans start at a 10 km-race sprint pace. Of course, there is carnage after 20-30 km but it’s something to be aware of. There were no bathrooms or porta-potties at the Lavaredo race start. This is usually a part of everyone’s pre-race routine, so it needs to be something you plan for.
Chloé: Ok, thanks for the great info. Now, what does the rest of your season look like?
Adam: The rest of my season is relatively relaxed. My immediate focus is on Squamish50 (50 mile), coming up in August. Later, I plan a trip around Mt Rainer on the Wonderland Trail in late September, and then will be running a 50 km in Oregon in October. I will also be sprinkling-in some shorter distance half marathons and road races in to keep my speed up.
Posted by Chloé H Gendron at 3:01 PM